A World Remade: The Geostrategic and Human Costs of the Ukraine War | mit Dr. Liana Fix 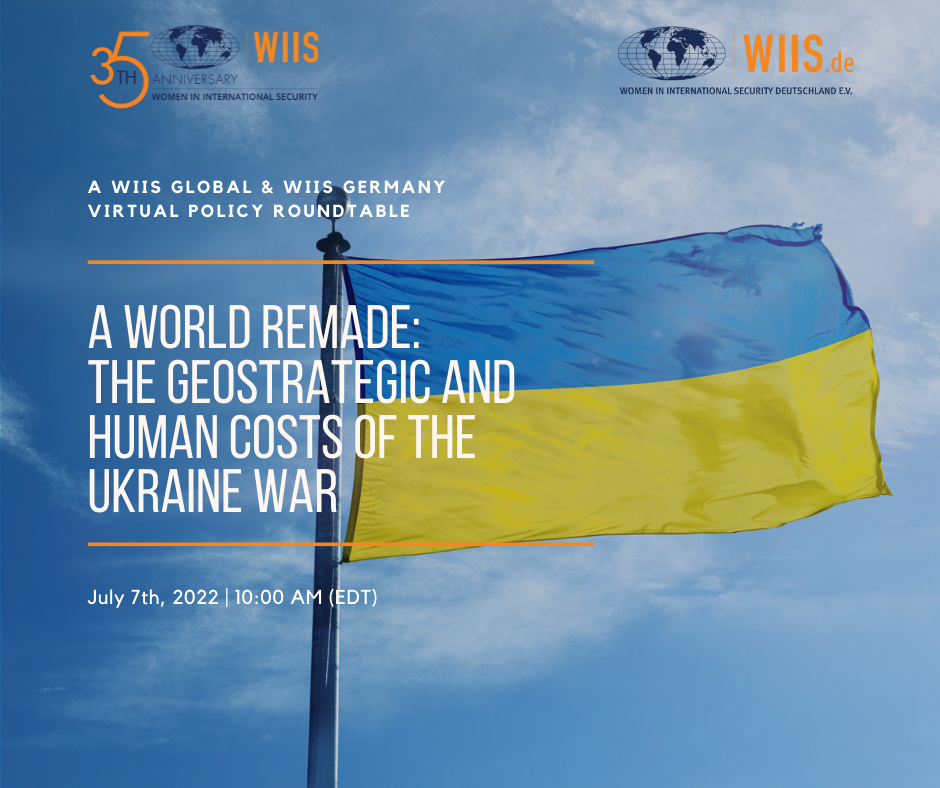 Join Women In International Security (WIIS) and WIIS Germany (WIIS.de) on July 7 at 10:00 AM (EDT) for a virtual briefing on the situation in Ukraine. Experts will speak to the strategic implications of the war in Ukraine and give a broader account of the impact on the Ukrainian citizenry amidst Russian disinformation efforts.

Russia’s full-scale military invasion of Ukraine has caused nearly three thousand civilian deaths, with more than seven million people internally displaced and another five million Ukrainians fleeing to neighboring countries. The ongoing war has raised fears of a protracted conflict escalating beyond the borders of Ukraine, drawing NATO, the United States, and Europe into a regional war. While the Ukrainian government continues to fight to secure its sovereignty, the severe economic and social impact of a prolonged war has had far-reaching consequences for Ukraine and for the world community: a spiraling humanitarian crisis, increasing food and energy insecurity, and questions about the future stability of the international global order.